Imnaha Out and About

Oh hey! Here's part two of our adventures in the Rouge River-Siskiyou National Forest this summer.

We did a lot of driving on the extensive network of Forest Service roads, which was something I had only vaguely realized existed before.

When we turned onto the Forest Service road that leads to Imnaha, we were greeted by a surreal landscape. There had obviously been a fire there in the recent past. Smoke from the current wildfires tinted everything orange, and the effect was much more extreme than we could capture on camera. It looked like a Seussian version of the Australian outback. At times it felt like another planet altogether. 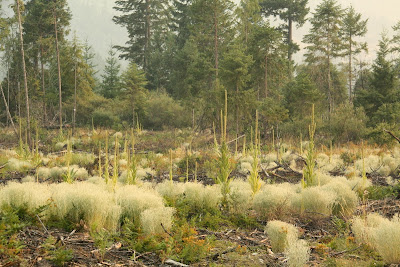 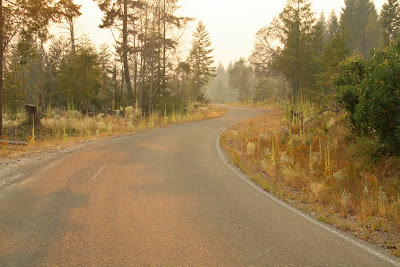 On our first full day at the cabin, Shaun took the boys fishing in the Rogue River. He STRONGLY ENCOURAGED me to stay behind and enjoy some alone time. Yes, it was difficult for me to transition from the solitude of the school year to summertime's all-boys-all-the-time, and it may have made me a little crabby. Shaun reported back that they are both very good at casting. I am glad they have skills. 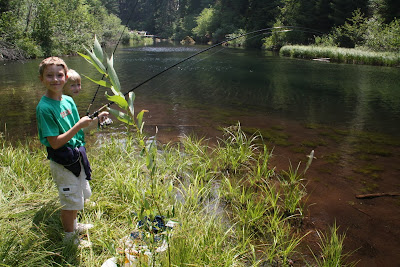 While the boys were gone, I explored the campground in blissful ignorance. It wasn't until I came back from from my wandering that I picked up the guest book and read about all manner of bear sightings. It had occurred to me while I was out alone that I'm not really up on my "what to do if you encounter a wild beast that can harm you" knowledge.

We did a lot of driving around on this trip, which I enjoyed because I haven't seen much of southern Oregon. All of the tall skinny trees made me feel like an ant in a giant lawn. I liked that. We have lots of trees here, but they are not so tall and skinny and densely packed. 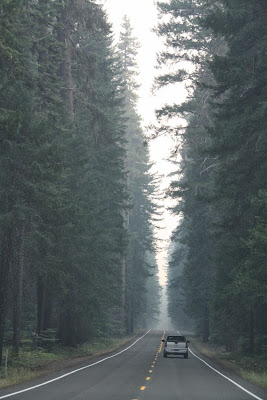 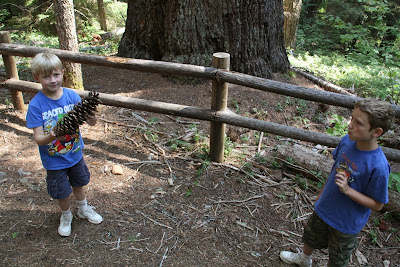 A bigger thrill than viewing the sugar pine was watching (and hearing) a pileated woodpecker do his thing in a nearby tree. (He's smack-dab in the center of this photo.) It sounded like someone was driving nails into wood with a hammer on a construction site. Very loud. 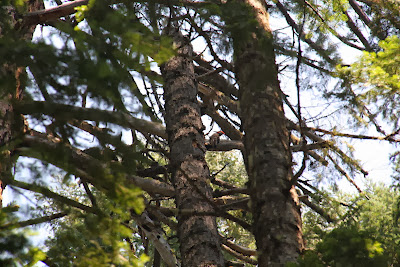 And as if that little interlude in the woods weren't magical enough, Shaun found a dollar. 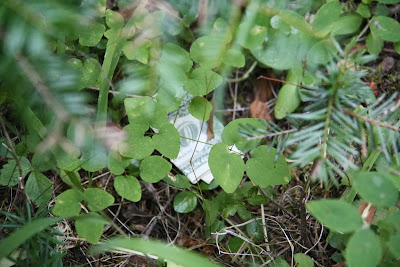 The boys ate giant ice cream cones in a giant chair at Union Creek Resort's ice cream shop before we went to see the Natural Bridge. 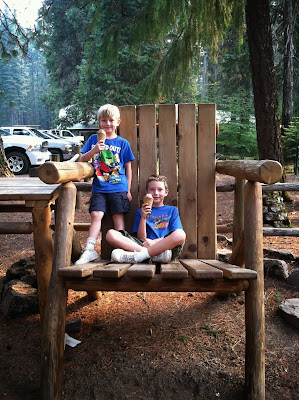 The Natural Bridge area of the Rogue River is a spot where the water flows through a lava tube. It's right off the main road and has a paved trail, so it's a very accessible spot for folks who aren't up for big hikes or rough terrain. It's well worth seeing. Here's the one spot where the water comes out of the tube. 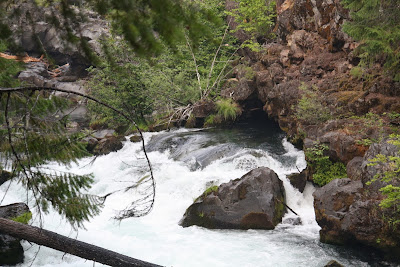 This is a different spot that looks more tube-y but isn't open on the other end. 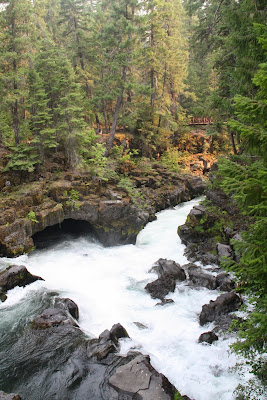 The water is underneath the lava here. There are a few blowholes, but they weren't blowing much. 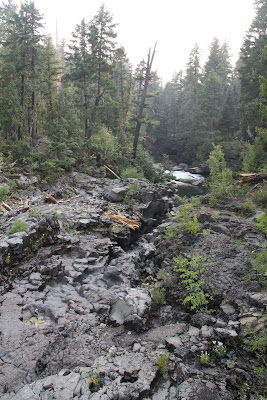 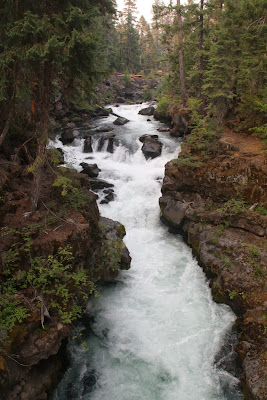 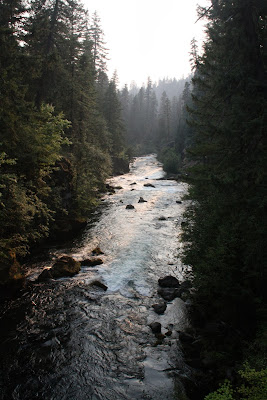 We'll have to go back some time and see how different the whole area looks without the smoke haze.


On the drive home we stopped at a charming spot populated by colorful locals and festooned with baggies full of water with pennies in the bottom. I'd noticed a tree in someone's yard similarly decked out earlier in the trip. I had never seen such a thing before, so of course we had to Google it ASAP. 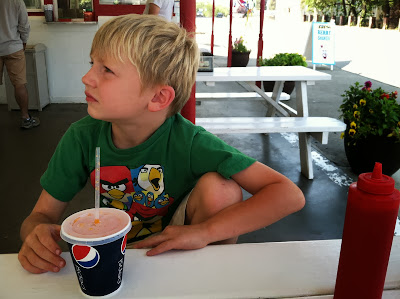 We ate a tasty lunch and more giant ice cream and headed for home. 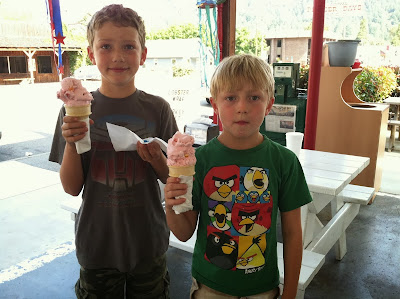 Here's Willem writing in the Imnaha guest book while Shaun and I cleaned the cabin before we left. 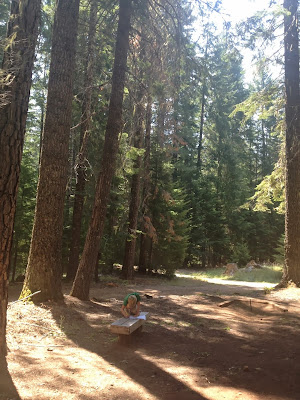 I hope he'll have happy memories of our time there. I know I will.
Posted by Gypmar at 5:14 PM 1 comment: